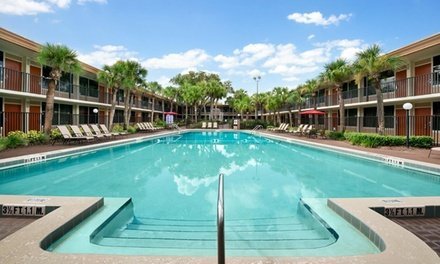 Stay at Ramada by Wyndham Kissimmee Gateway in Florida. Dates into December. – Save 23%

This hotel provides a free shuttle to Orlando attractions such as Walt Disney World® Theme Parks, located just a mile away

Hotel at a Glance: Ramada by Wyndham Kissimmee Gateway

This kid-friendly hotel puts you within a 15-minute drive of some of Orlando’s top attractions, including Walt Disney World® Theme Parks, SeaWorld Orlando, and Universal Orlando Resort. It even has a free shuttle to make getting to the parks even easier.