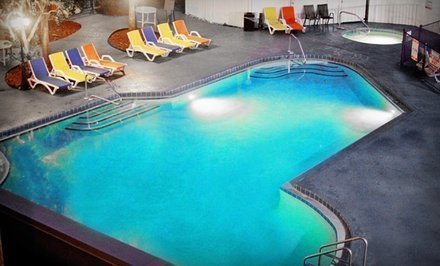 This family-friendly hotel is near both downtown Kissimmee and Orlando’s many theme parks. The hotel’s complimentary shuttle will take you to Universal Studios Florida or Walt Disney World® Theme Parks, where you can explore famous attractions and ride heart-pumping roller coasters. After a long day at the parks, head back to the hotel to swim in the outdoor pool, relax in the hot tub, or get in touch with your inner child in the game room.